Castelo do Inferno Score and Parts

Work entrusted pela "Recreational and Assossiaçao Musical" Vilela for two Comemorações as 150 years. (1860 to 2010). Work dedicated to: ... to "Recreation and Assossiaçao Musical" Vilela (Portugal) e ao seu principal conductor, José Ricardo Freitas affection and com carinho pelo seu interesse pela boa evolução das bands. Work awarded the First Prize in the Seventh Symphony Composition Competition, band for "City of Torrevieja" in 2009. Symphonic Poem for Band. "Castelo do Inferno" is a composition of little effect and virtuosity, with many contrasts and much panache. Is a symphonic poem that describes Paredes municipality located in Portugal. It consists of three movements called descriptive without interruption as follows:

"Vilela Monastery, located in the town of that name and after the reconquest of the Moors, Rei de Portugal 1 left lands and churches, well born, the monasteries of various religious orders. The monks prayed, worked the land, welcomed the pilgrims, copied books and taught. The monasteries played an important role in these moments. A natural space caused by the river that is excavating the hard rocks of the mountains form a landscape as a muzzle, causing terror the precipice there is formed and called "Boca do Inferno". Legend has caused a miracle in this place, the words "da Senhora do Salto": "A foggy day, a knight on horseback chasing a rabbit (who personified the devil), and fell into the precipice. In danger, the knight and prayed to Our Lady miraculously saved him and his horse. " There he built a chapel and on the ground under the cliff were and still remain the five brands, which are outside the river from the horse's legs and muzzle. "Traces do Castelo", the "Castle of Aguilar de Sousa" was very important for the defense of Portugal when in the late tenth century, was attacked by a Moorish king named Almançor. The knights fought with swords, the reconquest lasted centuries, but Christians came to recover all the territory, aided also by gentlemen of other Christian kingdoms. 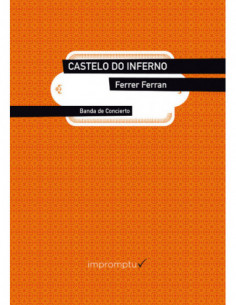